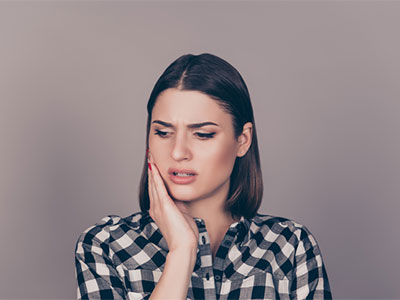 It’s the start of a new day and you’re going through the motions of your morning routine. As you begin flossing, you notice your gums start to bleed in some areas. Is this normal?

While bleeding gums from flossing does not mean your mouth isn’t clean, it can be a sign that you aren’t flossing enough. According to Colgate, “It’s fairly common for gums to bleed when you first begin flossing between teeth, and as long as the bleeding stops quickly, it’s not usually considered a problem.” In other words, continue to floss daily and the bleeding should stop over time.

Several factors can cause gums to bleed. To help narrow down why you may be experiencing bleeding gums, consider the following reasons: END_OF_DOCUMENT_TOKEN_TO_BE_REPLACED 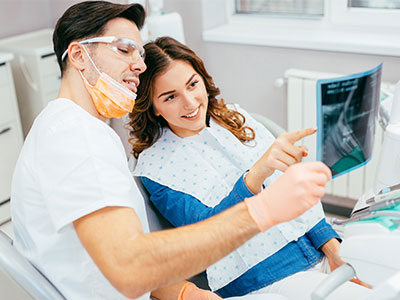 Orthodontic consultations are often times a complimentary introduction for orthodontists, like Dr. Oana Honey, to get to know you and your oral health concerns. The best thing you can do to make the most of your consultation is to prepare a list of questions beforehand. To help you get started, we’ve come up with a list of common questions answered during our complimentary smile exams.

How Long Will My Treatment Take?

It is important to first note that orthodontic treatment is not a “one size fits all” approach to straightening teeth. At Honey Orthodontics, we develop orthodontic treatment plans based on the individual needs of each patient to ensure they get the best results. Be sure to ask the orthodontist for an estimate of how long your treatment will take as the length may vary depending on how complex your situation is. END_OF_DOCUMENT_TOKEN_TO_BE_REPLACED 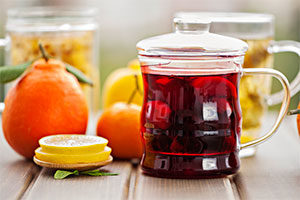 In a previous post, we discussed some of the drinks that have a negative effect on the teeth. This included soda, fruit juices, and coffee. While it may seem like water is your only beverage option, fear not. There are a few drinks still available to quench your thirst without affecting your orthodontic treatment.

Not only can it help build strong bones, but milk is a great source of calcium. Calcium helps to repair and maintain tooth enamel to keep your teeth strong. Lactose intolerant? Don’t worry. Calcium-fortified soy milk is a great alternative to getting the same benefits as regular milk. However, it is important to keep in mind that milk also contains sugar which, if left on the teeth for too long, can cause tooth decay. END_OF_DOCUMENT_TOKEN_TO_BE_REPLACED

The typical process for Phase 1 orthodontic treatment involves a patient being fitted for their appliance (braces for example) which is worn until their teeth move into their proper positions. Some patients may require extractions or surgery prior to beginning treatment. Once the teeth are properly aligned, the patient wears a retainer to keep the teeth from shifting back. END_OF_DOCUMENT_TOKEN_TO_BE_REPLACED

I wish I could give more stars. My daughter’s teeth are perfect. They are very patient-centered. The staff is wonderful and so is Dr. Honey. My daughter appreciated their incentive programs and monthly contest, too. It gave her motivation to follow her plan.

I had braces myself with Dr Honey a few yrs ago and just finished taking my 15 yr old grandson for his braces. We both had excellent experiences in every aspect. The office staff is incredible! Dr Honey is extremely knowledgeable & efficient. All the latest equipment is available. It was actually fun going to the dentist. I highly recommend Honey Orthodontics! Sharon Miller